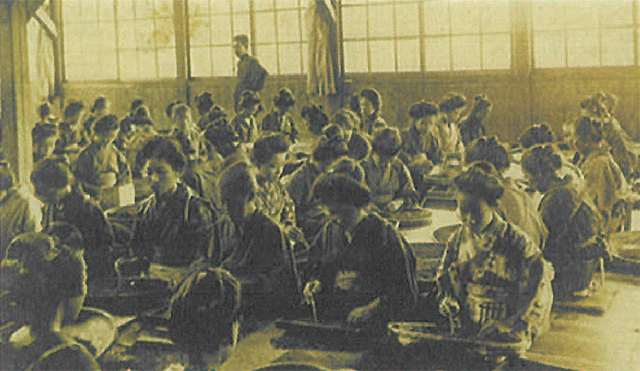 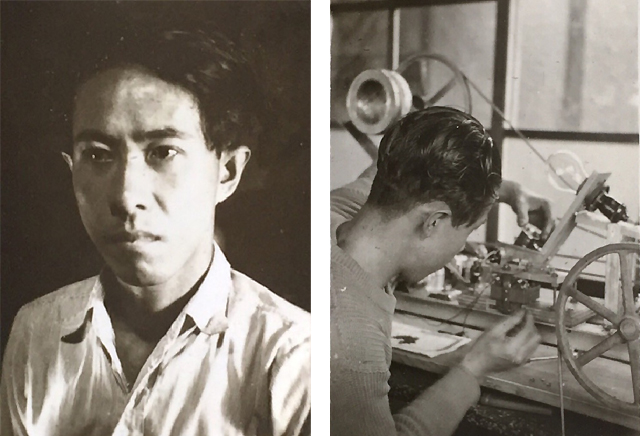 18 years old Zen-ichi Hattori was helping his family business of tea manufacturing and considering the way to save labor in stalk removing process. He eventually found the phenomenon of tea leaves to be charged positive and stalks to be charged negative. He invented the machine to separate stalks and leaves by electrostatic phenomenon.

After years of trial and error, the first electrostatic stalk extractor (Type A) was invented and patented. Hattori Seisakusho company was established at the same time. 100 units of Type A were manufactured.

In 1956, Zen-ichi Hattori received the Medal of Honor with the Purple Ribbon for his invention of the electrostatic tea stalk extractor. 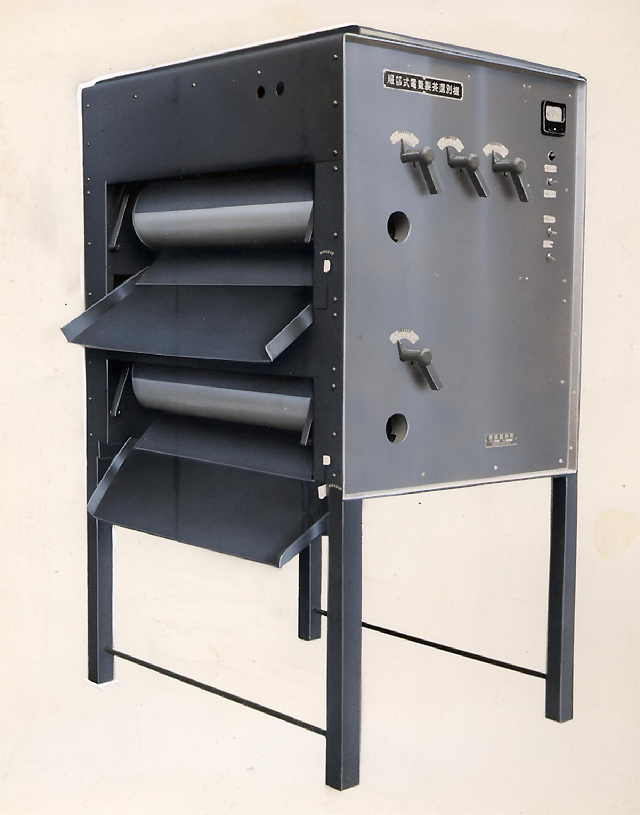 Electrostatic stalk extractor has been developed to have semiconductor diode to convert AC to DC and iron frame and panel. In 1960, two stage electrostatic sorter Type DW was released. 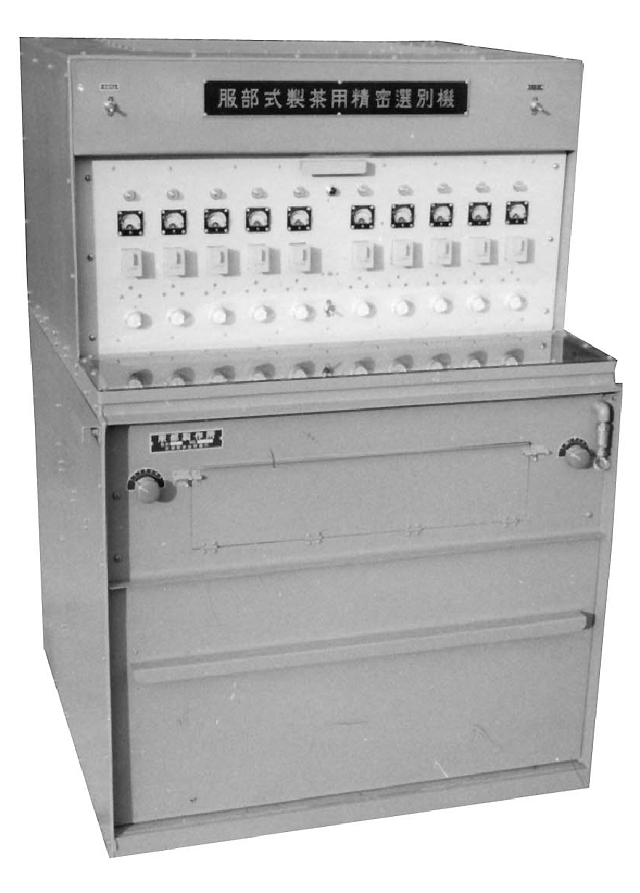 To improve throughput capacity of H30 type color sorter, the mechanism to increase feeding speed was tried in many prototypes. In H100 prototype (in 1967), tea is accelerated and arranged in one line by rotating disc. Finally, the mechanism of tea feeding is established in Type H100 (in 1967). Tea falls on V shape chute and fed to inspection area in vertical manner. This mechanism has been adopted as a standard feeding mechanism of Tea Color Sorter for over 30 years.
In 1978, two stage type color sorter H6000W is released. Even high stalk contamination tea can be cleaned in one pass by two stage sorting.

In 1981, the N series, which has low noise and high sensitivity sensor amplifiers, was released. In 1983, the C series was released. This model integrated sensor amplifier and ejector driver in one unit and simplified assembling and servicing. Over 4000 unit of C series are sold in Japan and export to India and Sri Lanka also started in 1984.
In 1986, the R series was released. This model was designed for black tea and equipped with “Color sensor” instead of monochromatic sensor. Over 500units are exported to Sri Lanka, India, Indonesia and Vietnam 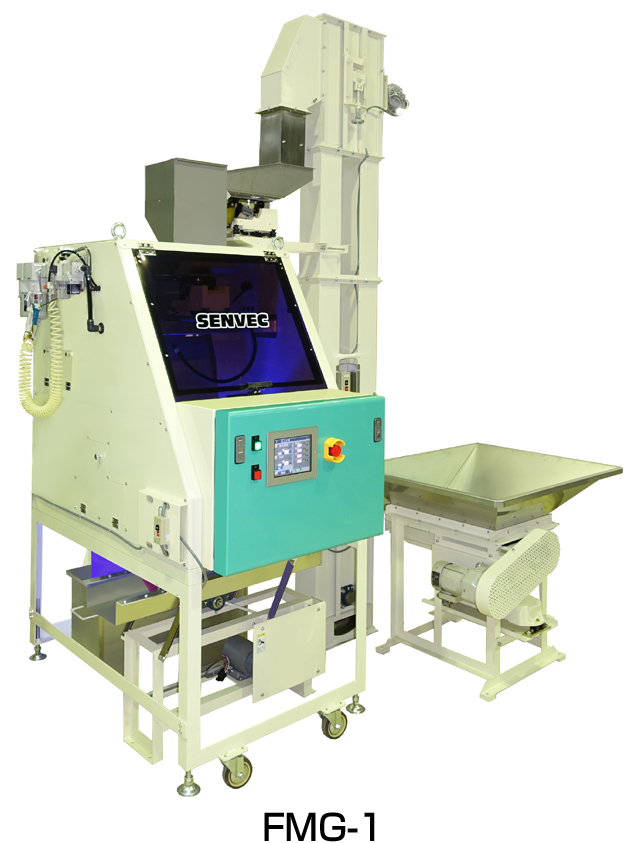 After 10 years of DV series, UD series was released in 2016. Automatic Programming function enabled operator’s self-programming and shape recognition camera can be used with color camera in Conveyer type model.